Arthur Shannon's mother grew up on a family farm at Telford, near Yarrawonga.
He kept going back to the district as often as possible to visit relatives and friends.
Even in his later years, Arthur visited Yarrawonga  two or three times each year.
A treasured photo from the family farm was taken in 1938, when Arthur visited during the school holidays while teaching at Mena Park.
An Uncle, Stan Chappell, was tilling his land with a plough drawn by a team of heavy horses.
Throughout his life, Arthur remembered the names of each horse, and in a radio interview when he was in his 86th year, he was able to rattle off their names without any problem. 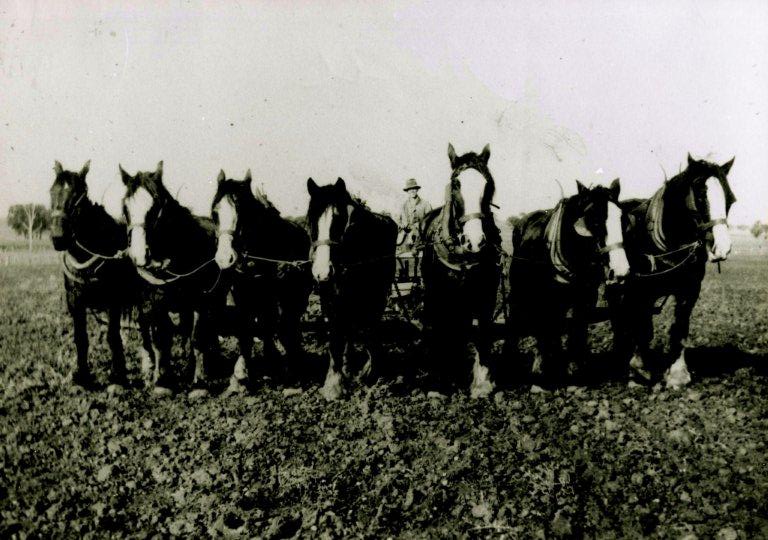 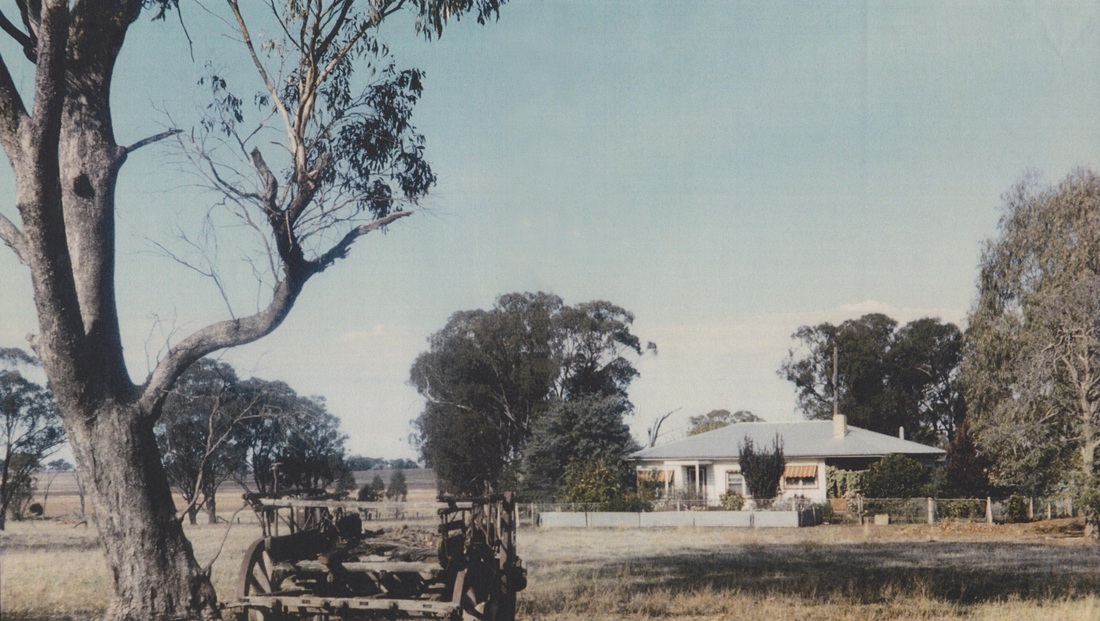 Many years later, Arthur took the above photo of the homestead on the Chappell's farm at Telford. It was a much different dwelling to the one when Arthur took the author of this website and his brother to visit the farm for the first time in September 1948. Then, the house was made of timber and was divided into two sections, with an open area and walkway between. The kitchen and living area were in one part, with bedrooms in the other. The space between the two buildings was typical of farm houses in the late 19th and early 20th centuries. As a wood burning stove was used in the kitchen, the space between the two buildings was to lessen the chance of the whole house burning down. Also, in summer, the extreme heat experienced in the kitchen was contained to just one part of the house.
To return to Teaching Pre-War page, click HERE
To progress to pages about Arthur Shannon's War Service, click HERE.
To skip directly to Arthur's teaching days after WWII, Back To Teaching ,click HERE.