Many of his friends recall Arthur's passion for Peugeot cars, imported from France. His first cars, however,  were British made , or assembled in Australia from components shipped from England.


Arthur engendered  in the author of this website, and his brother, an appreciation of quality British and European cars. He took them to several Melbourne Motor Shows.
He also introduced them to motor racing at Fishermens Bend racing track , Port Melbourne, and motor car hill-climbing competitions  at the Rob Roy track , east of Melbourne.
Arthur's  first car was a Morris 850 Tourer. However, not long after he bought it, WWII broke out and the little Morris spent several  years in storage on blocks in the garage of the family home at 3 Heatherbrae Ave., Glenhuntly.


A few years after the war, Arthur purchased a new Austin A40 Devon. He struggled for a time, deciding between the Austin and what his heart desired, an MG Saloon. His head prevailed , with the Austin obviously being a more suitable choice for everyday driving.


In 1952, he bought the Devon's successor, an Austin A40 Somerset.
The purchase was made in London at the start of a tour of Britain and Europe.
After covering more that 10,000 miles (16,000 kilometres) the car was shipped to Australia, and served Arthur well for several years. He then entered the world of Peugeots!


Arthur's early cars are shown below. 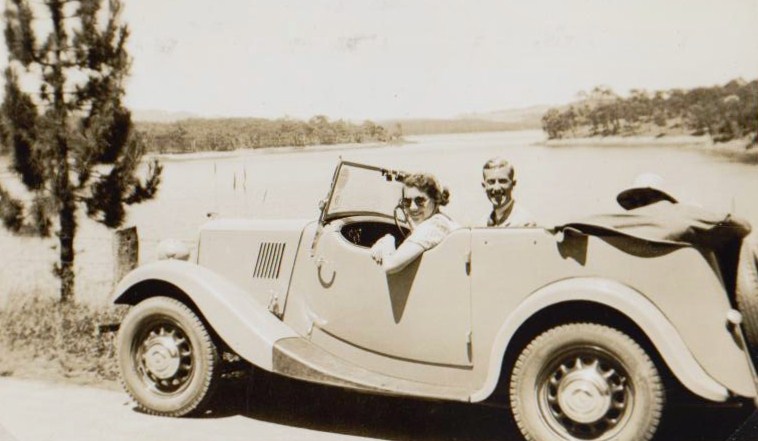 Arthur and friend is his new Morris 850 before the war. 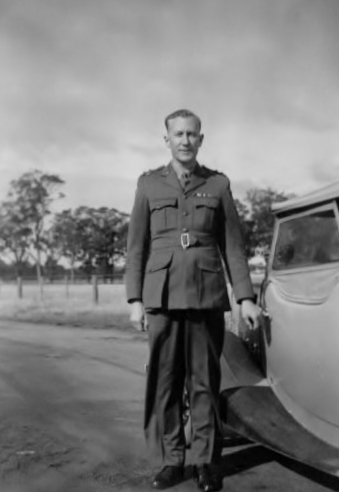 On Army leave in 1943, Arthur visited his half-sister Ethel (Ward) who farmed with her husband at Killawarra, between Wangararatta and Yarrawonga. He posed beside his trusty Morris. 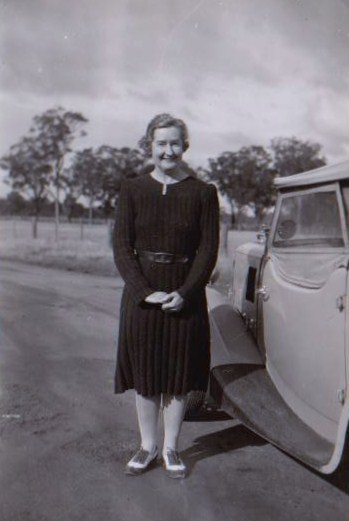 Arthur then took his sister's photo beside the car. 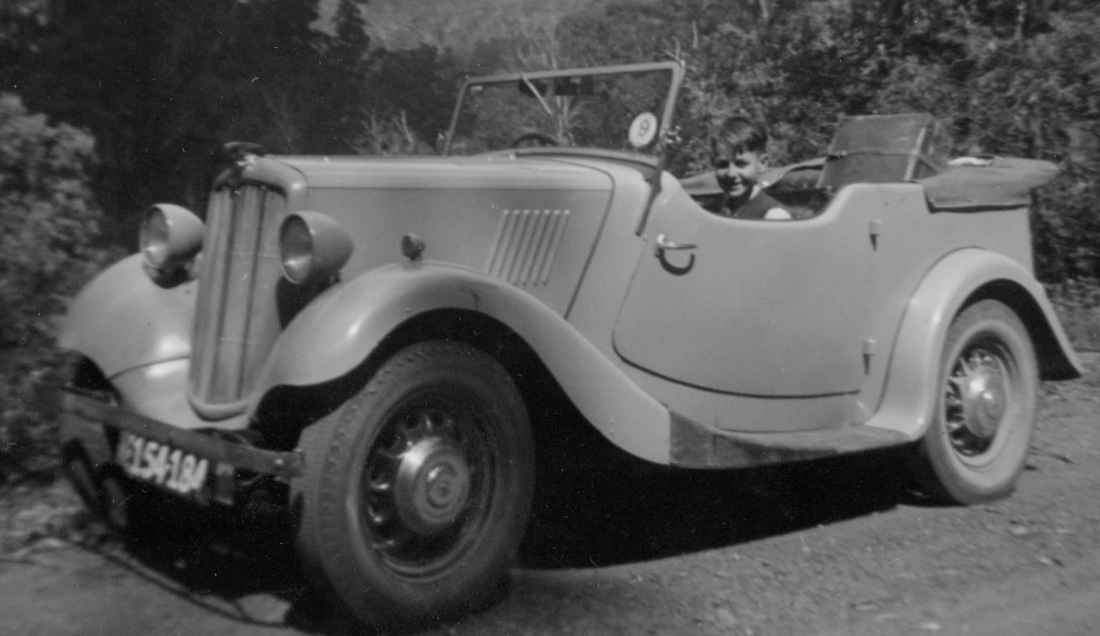 The small Morris 850 was put to the test when Arthur drove it over the Victorian Alps in 1949. The car was packed to the hilt with this website author and his brother, together with luggage for the trio. Note the suitcase taking up half of the back seat space. 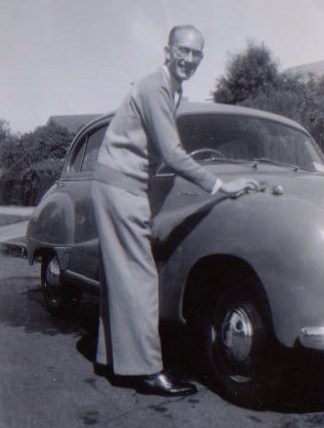 Back home in GlenHuntley, Arthur always kept his A40 Somerset clean and polished.
Back to top
To Return to Hobbies and Interests page, click HERE