A  strong Christian faith sustained Arthur Shannon throughout his life.
His maternal grandparents and parents were among a small group of people who established a Church of Christ in Yarrawonga, Victoria, in the 1920s. Their efforts included constructing  the church building.


Formation of the church followed a mission organised by Church of Christ members in Melbourne.
The tent mission was so successful that about one hundred people were baptized and joined the new church.
This caused some friction in the town, as  many  had previously been attending the local Congregational, Presbyterian and Church of England services.


Arthur was baptised at the age of almost 11, and was a founding member of the Yarrawonga Church of Christ congregation. 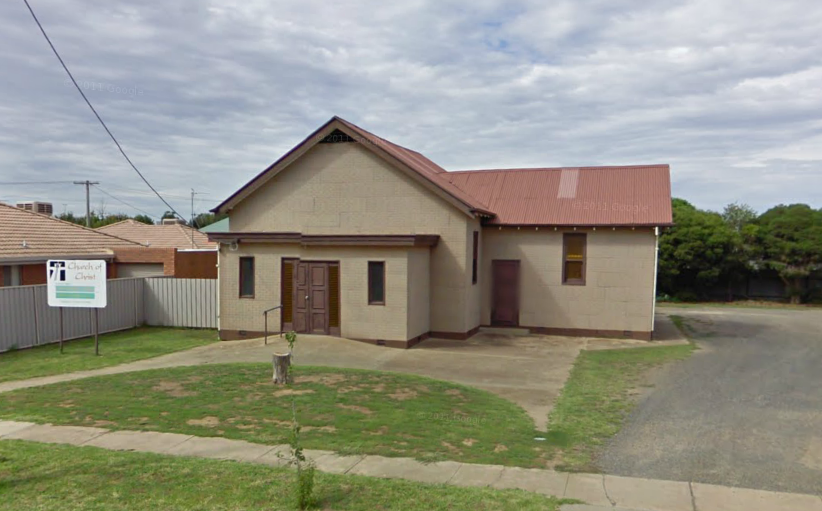 Above: The Church of Christ at 11 Orr Street. Yarrawonga. It was built by members of the first congregation in 1925, and is still in use today. Arthur's parents played a leading role in establishing and building the church. Arthur was a member of it first congregation. Photo from Google Maps.
When the family moved to Melbourne in 1930, he began attending the Church of Christ in Bambra Road, Caulfield.


At the time, services were held in a timber building, before the present brick building was contructed in front, facing Bambra Road.


The young Arthur taught at the church's Sunday School for a few years.

He remained a member of the congregation at the same church until shortly before his death.
He attended Saturday services at the church after the Church of Christ congregation wound up in the early 2000s.


The Beit HaMashiach Congregation is a community of  Christian Jews and Gentiles .
Arthur found the congregation very welcoming. He also appreciated the fact that the words of the hymns were projected onto a large screen for folk with eyesight difficulties.


A Memorial Service for Arthur was held in the church in October 2007.
To see details of the service, click HERE. 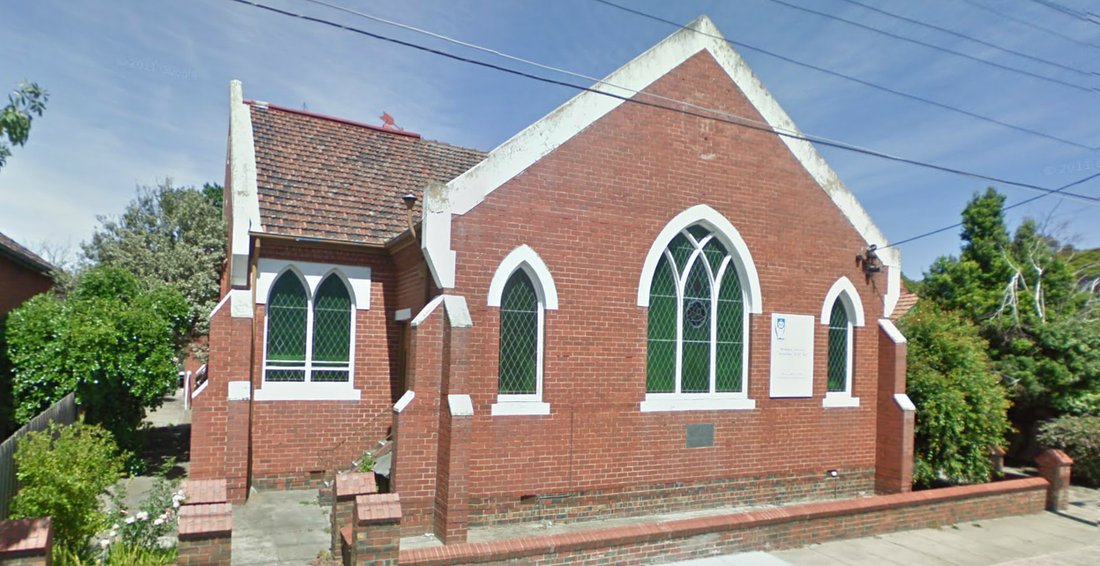 Above: Former Church of Christ, Bambra Road, South Caulfield. Now, Beit HaMashiach Messianic Congregation. (Google Maps photo)
John Shannon was a devout man who  helped establish and build a Church of Christ in Yarrawonga.
His strong Christian Faith was share by Arthur's mother, Carrie, sister Elsie and Arthur himself.
John Shannon's first family were also active Christians.
Arthur's half sister Ethel Ward ,( above left) and her husband Steve Ward     ( above right) spent several years at the Ernabella Mission in South Australia.
The Mission was  set up in 1937,  continued until 1973, and was run by the Presbyterian Church.
Ethel and Steve served at the Mission in its early years, during World War Two.
Ernabella, just south of the Northern Territory  border, is now known as the Pukatja Aboriginal Community.
While Arthur was in the Middle East to help fight a war , he appreciated the fact he was able to visit the Holy Land and see places mentioned in the Bible.
He took a camera with him as he traveled around Palestine, Lebanon, Syria and Trans-Jordan and recorded many places connected with the Bible. 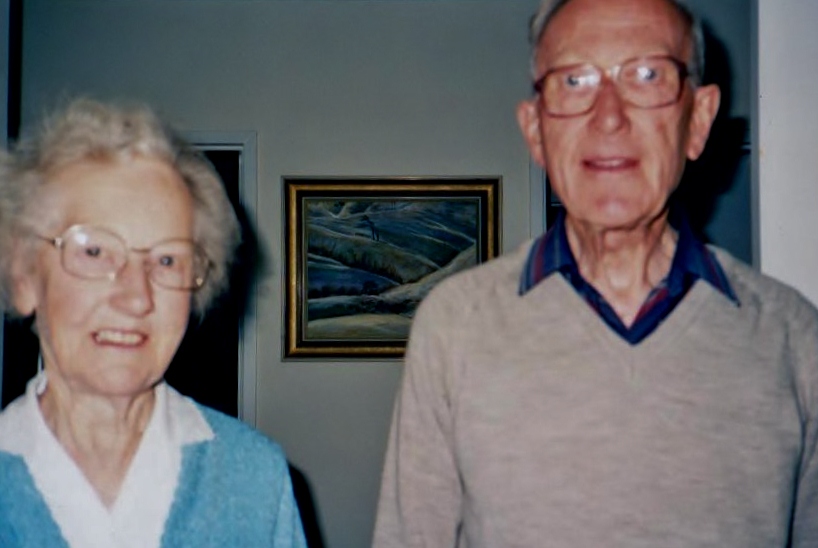 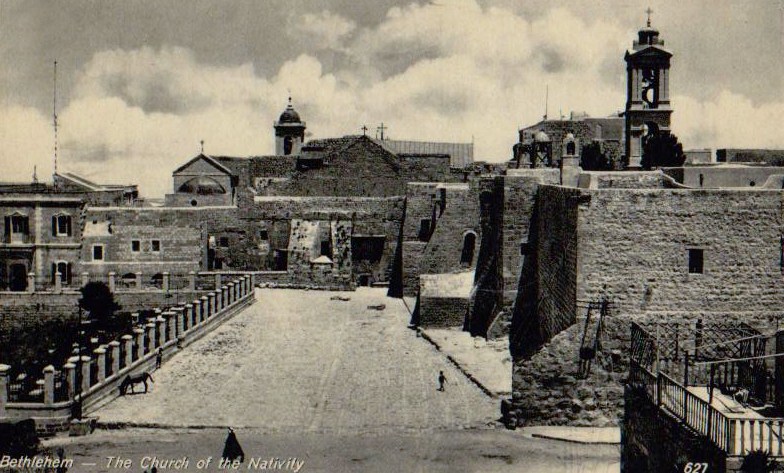 Arthur's sister Elsie ( seen in second photo above with Arthur) shared his Christian Faith.
He sent her the above postcard  of the Church of the Nativity , Bethlehem,on 29 December 1940.
He wrote the following words on the reverse side.

VX47000 Cpl. SHANNON.A.B. HQ 26 Australian Infantry Brigade, Australian Imperial Force, ABROAD.
Dear Elsie,
I got this in Bethlehem on Christmas Day.
This is a picture of the church supposed to be built on the site of the manger where Christ was born. We climbed the tower to the right and had a good view over Bethlehem and the surrounding fields. From the tower the BBC World Christmas Broadcast was made, while we were visiting the church. It was extremely interesting.
I'm glad you had a great time in Sydney. Mum sent one of your letters on to me, while you were in Sydney.
Today is a free day ( being Sunday) and we are to have Wednesday (New Year's Day) holiday too.
Your loving brother Arthur.
One of Arthur's letters home  tells of his visit from Jerusalem to  Amman, Jordon, during which he saw many places mentioned in the Bible. To read the letter , Click HERE.
Click on each picture below for a larger view and captions of photos of some of the places Arthur visited in the Holy Land. 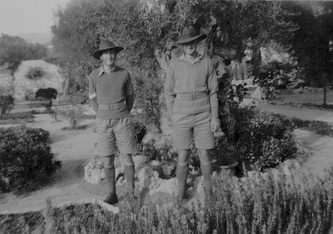 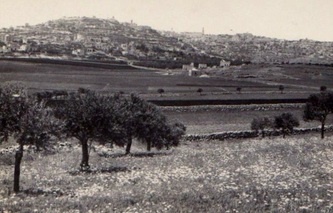 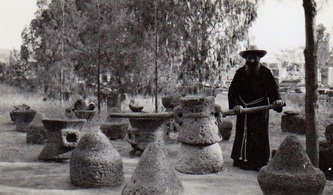 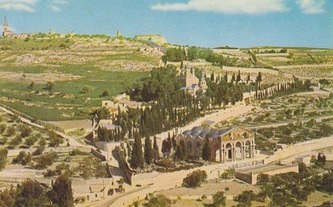 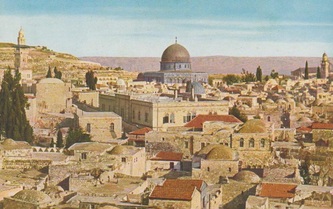 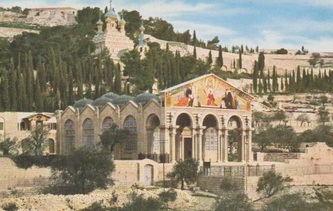 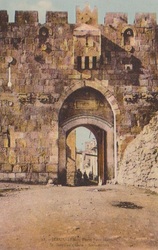 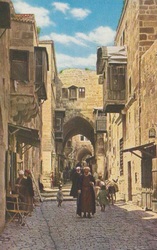 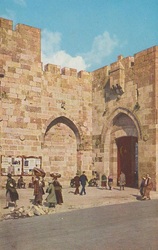 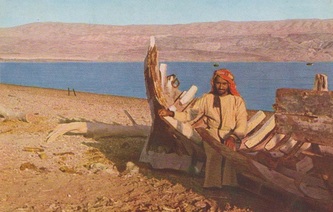 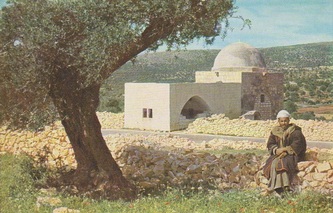 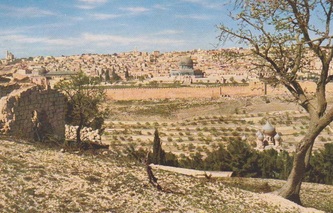 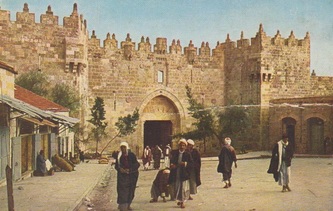 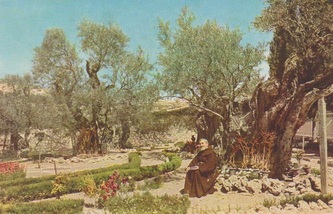 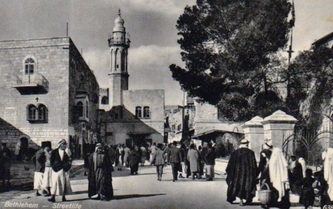 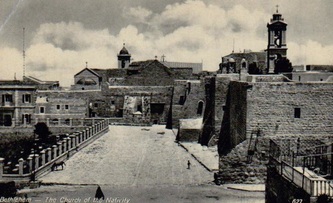 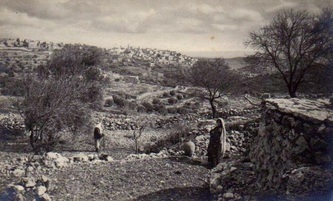 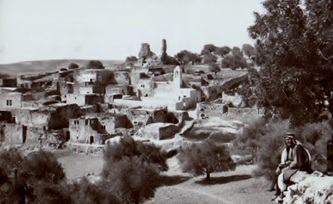 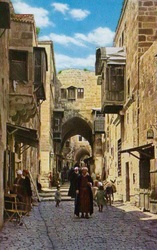 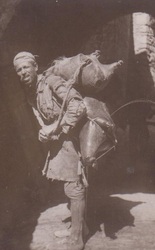 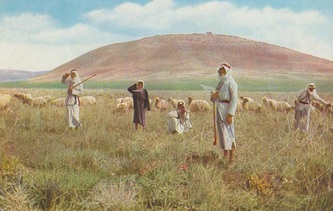 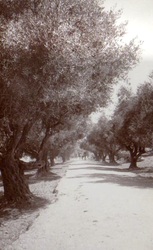 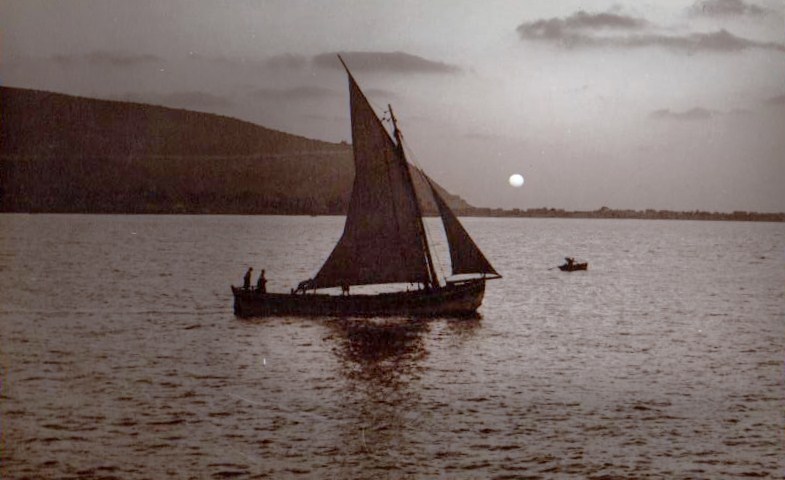 Mount Carmel at Sunset, Palestine. The mountain is associated with Elijah in the Bible, and is significant to the Jewish, Christian and Islamic faiths
Back to top
To progress to the next main page, Hobbies and Interests, click HERE