Arthur Shannon was born in the small Victorian border town of Yarrawonga, on the Murray River, on 12 February 1915.


He spent the first 15 years  of his life in the town, where his father ( an Irish immigrant) operated a general store.
Arthur's mother grew up on a family farm at Telford about 12 miles south of  Yarrawonga. Caroline Chappell attended the South Yarrawonga State School, where she obtained the Merit Certificate. 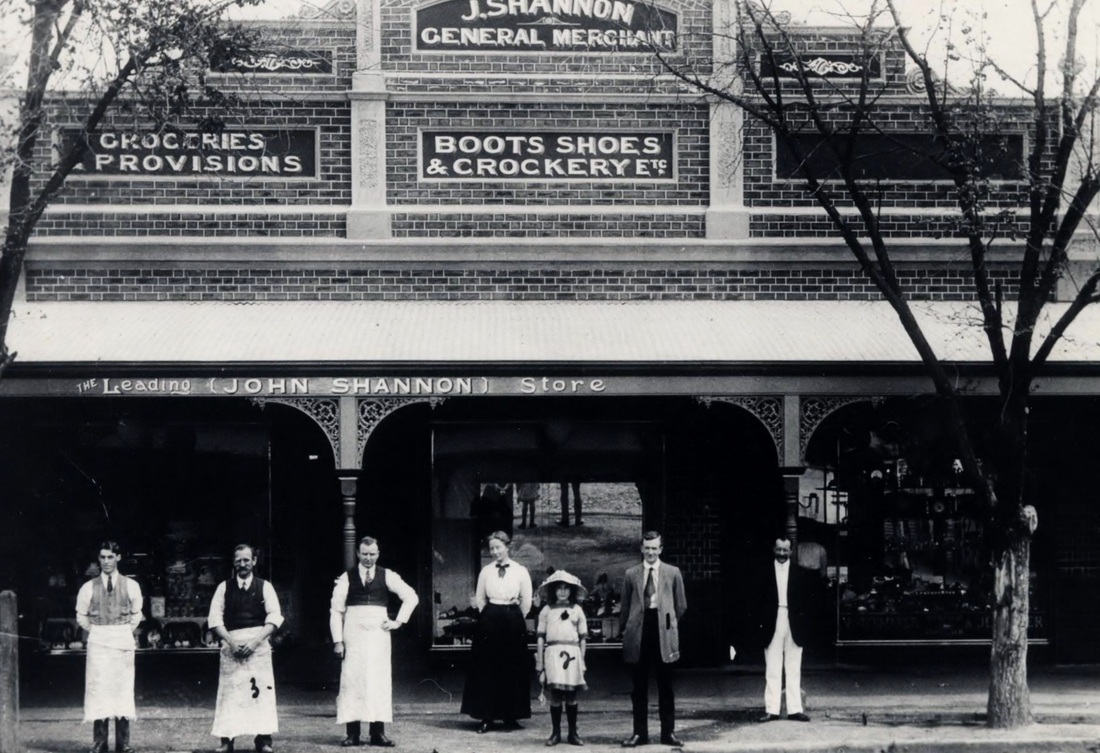 Arthur's father John (second from left) outside his Yarrawonga store.. In the centre, wearing a white top and dark skirt is his mother , Carrie. 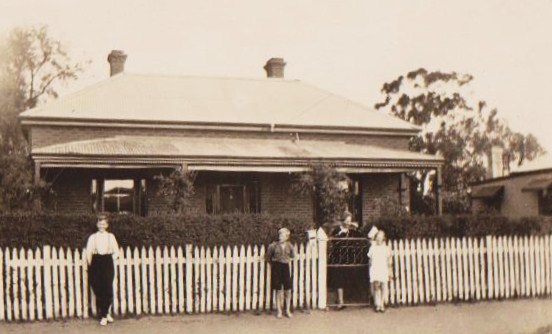 The Shannon family home in Telford Street, Yarrawonga. Left to right outside the front fence: Arthur, George and Elsie. Leaning on the gate is their mother, Carrie. 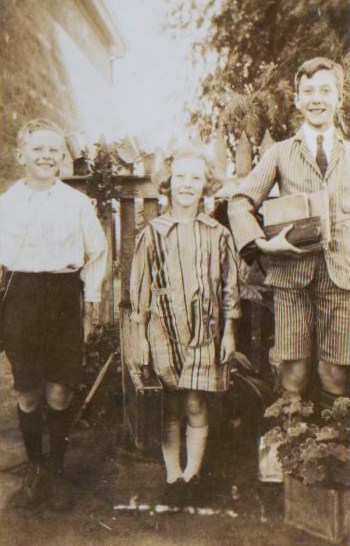 The three Shannon Siblings in Yarrawonga (L to r): George,Elsie and Arthur.
Arthur was the eldest  of three  children born to John and Carrie Shannon (nee Chappell).
His two siblings were George and Elsie.
John Shannon had six other children by a previous marriage. 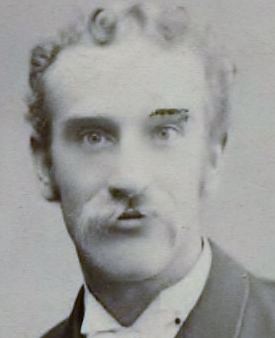 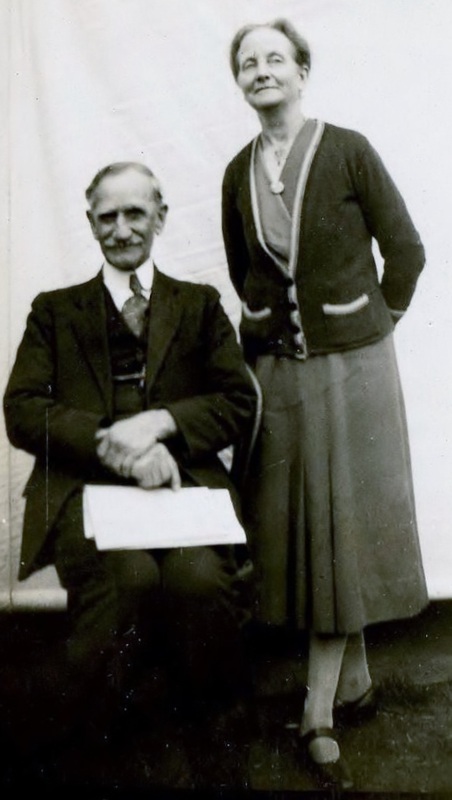 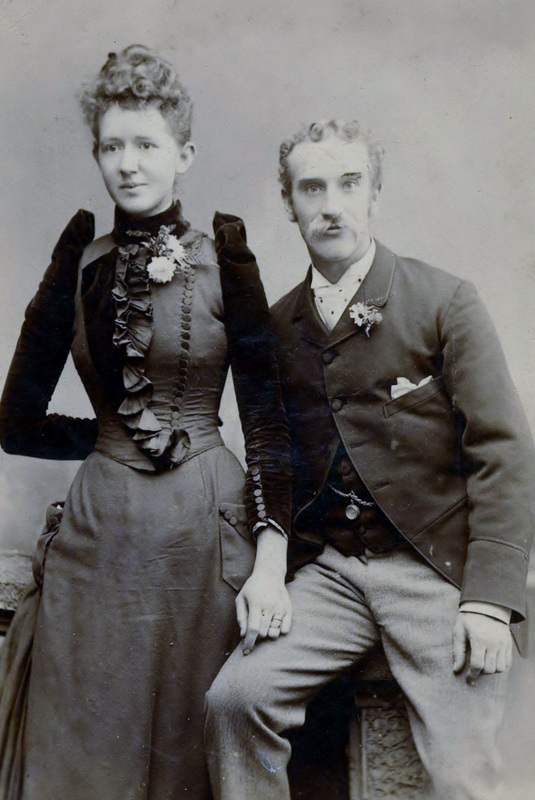 John Shannon on his wedding day in 1891 to his first wife, Mary Schultz.. The couple had six children.
Arthur was close to  the children from his father's first marriage. He was especially close to his half sister Elizabeth, the youngest child from the first marriage, while he was the eldest from the second family, putting them relatively close in age.
Living on the edge of the Murray River instilled in Arthur  a life-long love of the bush and the river, and natural history.
Click HERE to see photos taken by Arthur of some of his favourite places.

When his father retired from business in 1930, Arthur moved with his family to Melbourne.

They purchased a house in Heatherbrae Avenue, Glen Huntley.  Although being only about 10 miles from the centre of  Melbourne ,the suburb in those days  still had many vacant blocks of land .

Arthur was to live in the family home for almost four decades. 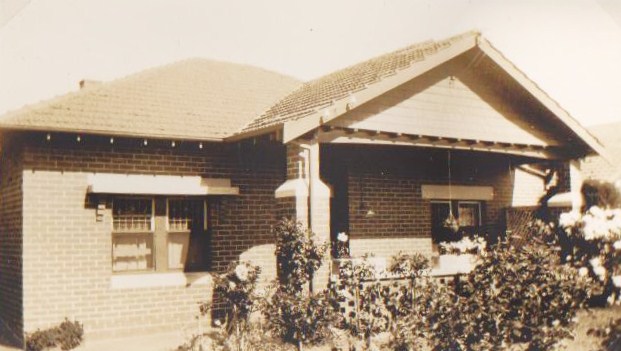 The Shannon family moved into this home in GlenHuntley in 1930. 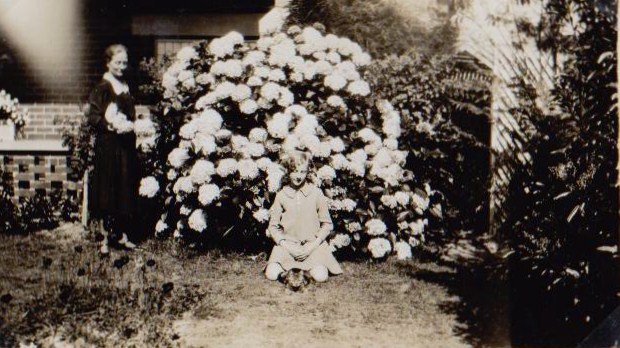 In the front garden of the home at 3 Heatherbrae Ave (l to r): Carrie Shannon and Elsie with a family cat.
Following the death of his mother in 1966  Arthur purchased a semi-detached property in Albion Street , Caulfield South.
As the crow flies it was less than 1.5 km ( under a mile) from the old family home.
He enjoyed living in his Caulfield South home and tending its gardens for almost 40 years. 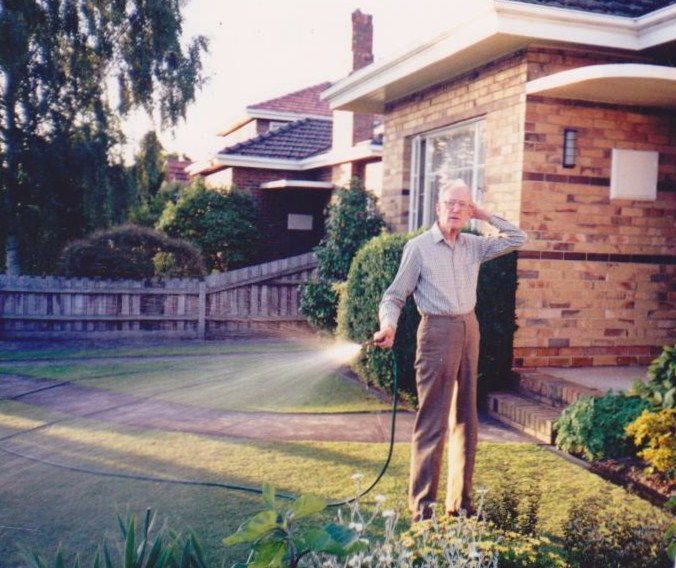 Arthur in the front garden of his Albion Street home.

Arthur's early education was gained at the  Yarrawonga State and Higher Elementary School ( above photo: from Google Maps, shows the older part of the present school complex).
The school did not have a library, and at that time the School Readers had not been introduced.
The only reading material for children when Arthur was in Grade 3 in 1922 was the newly-introduced  School Paper which cost one penny at the newsagents.


It was published by the Victorian Education Department.
Arthur retained his very first edition ( 1st February 1922) all of his life.  Because it was read and re-read , he and his classmates were "sick of it" by the time the next month's edition was due. 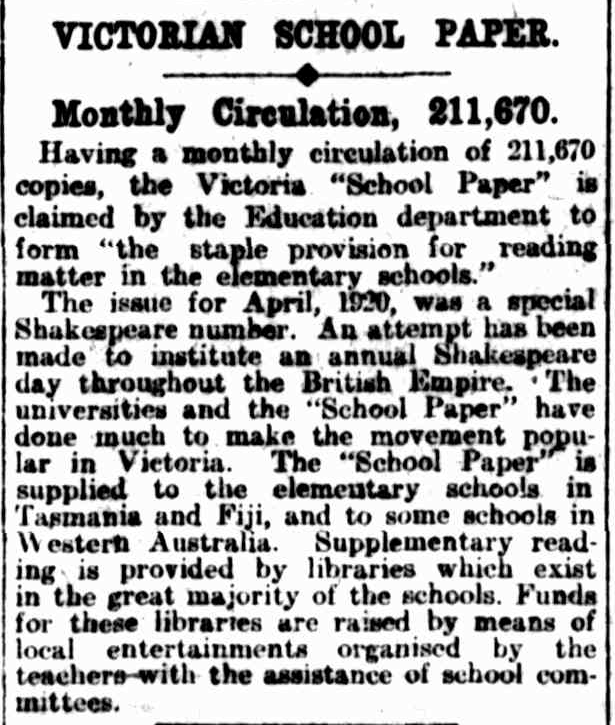 Arthur's  First Term Report for 1923 shows he  obtained marks above  the Class
Average in Arithmetic, Composition, Grammar,Dictation and Reading. At the end of Term Three his teacher noted he "tried hard".


The young Arthur excelled in sports while at the Yarrawonga School. At 12 years of age, in 1927  he won the School's Junior Championship. Winning the 100 yards  and  220 yards running events and the Long Jump gave him sufficient points to take off the Championship. This was despite being  beaten in the High Jump.


Arthur completed Year 10 at Yarrawonga in 1929 ,gaining the Intermediate Certificate. 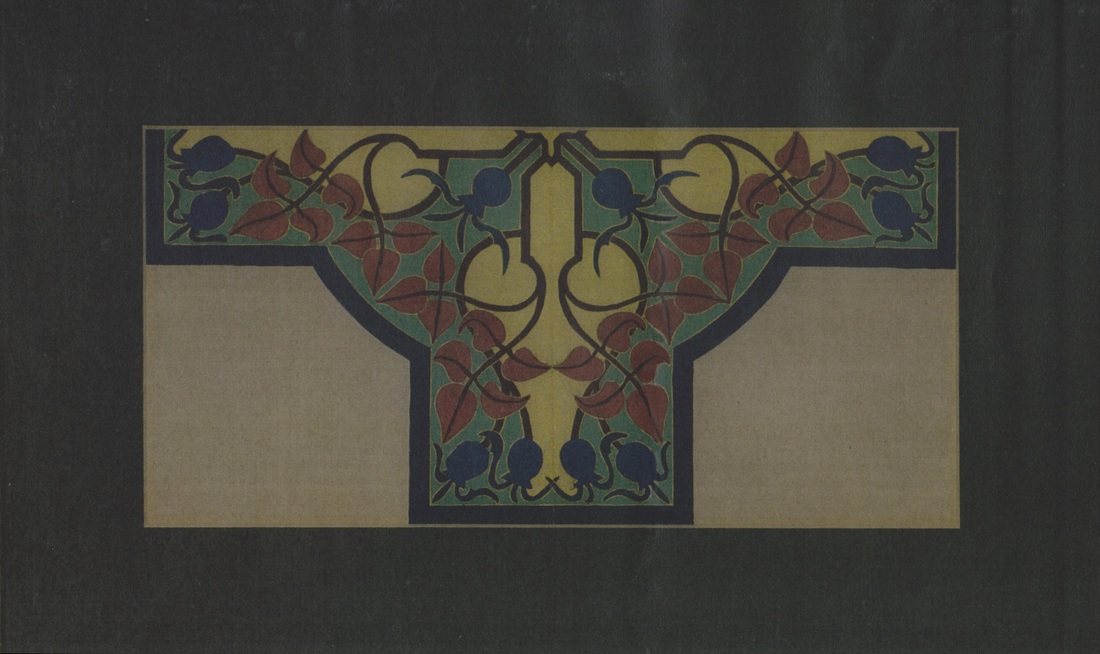 ABOVE: An art work created by Arthur during his time at Melbourne Boys High School. An inscription reads: A.B. Shannon 1932. Melbourne High School. Teacher: Mr J. Mills Comment: V. Good.
Back to top
To divert to a page honouring Arthur's "Aunt Em", who was an army nursing sister in World War One, Click HERE
To Progress to the next main page, Teaching Pre-War , click HERE