Arthur Shannon returned to Brisbane ,Australia,  from New Britain in September 1945 on board HMT Taroona (photos below)
He traveled  back to Melbourne, arriving at the Royal Park Army Camp on the 19th of  September. Arthur was admitted to the military hospital in the Melbourne suburb of Heidelberg, suffering from tuberculosis on 28 September, 1945.
He was later  transferred to another military hospital  where his army career  had  begun almost six years earlier..at Bonegilla Army Camp.
After almost eight months in hospital, and following  recovery from his illness, VX47000 was discharged from the Army on 17 May, 1946. 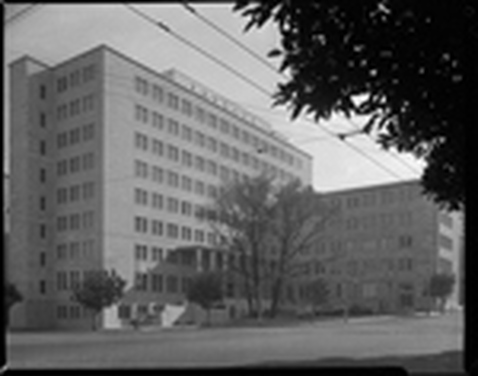 Above: Repatriation General Hospital,
Heidelberg, Melbourne.
Above : Two war-time views of the Bonegilla Army Camp. Click on Photos to enlarge
Arthur Shannon worked at the 2/26th Brigade HQ in Albury ,across the Murray River, while most brigade personnel lived and trained at Bonegilla. Arthur returned to the camp hospital  in early 1946 to  convalesce before his discharge from Army service.
Back to top
To progress to the Back to Teaching Page, click HERE