The 2nd/26th Bigade served in Palestine in two main stints. After arriving by ship from Australia, the troops undertook rigorous training and preparation for action in Libya.


Following  the defence of Tobruk, the Brigade returned to Palestine, and later moved into Lebanon and Syria.


The Brigade  again saw action in Egypt and Libya  as part of the 9th Division supporting General Montgomery's 8th Army.


Its troops were among the last Australians  to serve in North Africa.


The 9th Division was involved in some of the heaviest fighting of the Second Battle of El Alamaein , and its advance along  the coast  succeeded in drawing away enough German forces for the 2nd New Zealand Division to  break though the enemy lines on the night of 1/2 November, 1942.


The 9th Division suffered many casualties during this battle and did not take part in the pursuit of the retreating Axis forces.

After fighting in the Second Battle of El Alamein, the Brigade again gathered near Gaza to prepare for their next move.


The troops did not know it, but they were about to head back to Australia .


Arthur Shannon was not part of the 9th Division's second action at El Alamein.
His cypher skills had been upgraded through a special  course in Cairo and then by working at General Head  Quarters, Middle East.
When the 9th Division headed back to take part in the Second Battle of El Alamein, Arthur was transferred to HQ A.I.F (M.E.)
He continued with Intelligence duties in Palestine until his return to Australia with the 9th Division.

The 26th Brigade arrived at Kantara, a town on the eastern side of the Suez Canal in the afternoon of 16 December 1940.
They had made the journey from Australia to the Suez Canal without seeing any enemy aircraft.
The Aussies moved from Kantara to a camp in the process of being established at Dimra the following day. Dimra was a small Palastinian Arab village, about 7 miles (11km) north east of Gaza City.
Lt.-General Sir Thomas Blamey inspected units of the Brigade at Dimra on the morning of 23 December.
He addressed the troops and expressed pleasure at the general turnout and steadiness of the men.
Below are photos  of  Private Shannon and other members of  the  Brigade  HQ in Palestine and Egypt.
Click on each photo to enlarge it and see the caption. 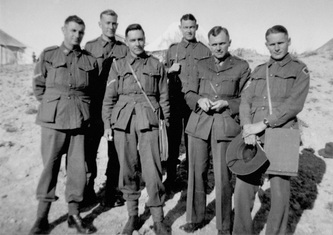 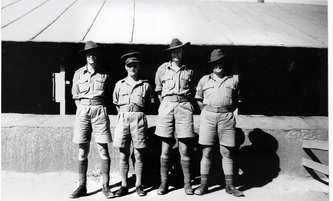 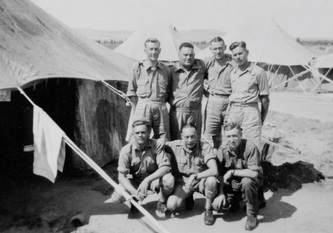 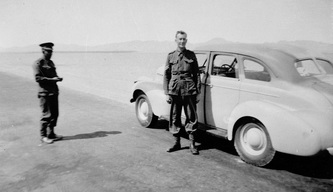 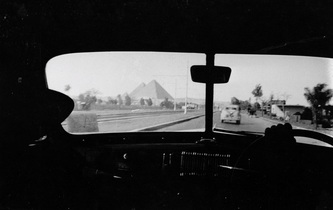 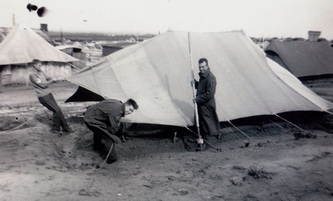 While Arthur Shannon took the above photos  after  his arrival in Palestine, and later took snapshots during his time in Syria,Lebanon and Trans-Jordan, private cameras were banned in combat zones.
A copy from  a relevant part of the 26th Brigade's official war diary ( to see  click  HERE) was issued after Arthur's return from Tobruk, but  similar regulations were in place at  the time he served in Libya.

The 26th  Aust Inf Bde undertook extensive training in Palestine before its troops were deemed ready for battle.
The lack of armaments and ammunition , first experienced at Albury and Bongilla continued in Palestine. As a result, the Brigade's readiness for action was  delayed by several weeks.
For extracts from  the Brigade's war diary relating to this, click HERE.


As  the 26th Infantry Brigade prepared to head to Libya, they received words of encouragement from Australia's then Prime Minister, Robert Menzies. 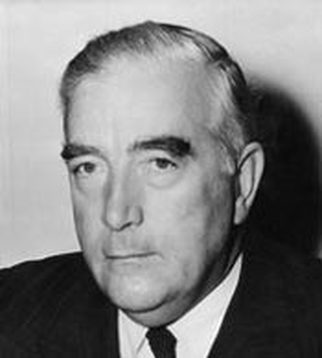 Prime Minister Robert Menzies
Arthur Shannon served with 2nd/26th Brigade in Libya  from February 1941  after the Brigade moved from Palestine.
The Aussies then became  besieged  in the port of Tobruk from 10 April. While the siege continued until November 1941, the 2nd/26th Brigade   was moved back to Palestine in October of 1941.

General Blamey decided they had done their bit, and should be relieved.

Click to Enlarge
VX47000  experienced health problems at various times while serving in the Middle East.  He went through a particularly bad time during the first  weeks of the Siege of Tobruk.  His condition wasn't helped by the despondency which  many of the Aussies experienced due to their situation and disturbing news on the war's developments in other theatres.
The above extract from the Brigade's official diary records Arthur's  admission  to hospital on the 4th of December,1941.
The war diary extract below shows he was out of hospital a week later.
The day before his illness, Arthur had returned to Palestine from several weeks of advanced training in Cipher work  at General Head Quarters of the Middle East Forces, in Cairo. ( Details below.)

Click to Enlarge
General Blamey congratulated the 26th Brigade on their efforts in holding Tobruk (Below) .

Click to Enlarge
The Brigade then prepared to move from Palestine to Lebanon and Syria.
For details of movement arrangements Click HERE .

Arthur Shannon calculated he served in the Middle East for a period of 2 years 1 month and 1 week.
He arrived as a Corporal and left as a Sergeant, having been promoted in  February 1942.
Arthur set down a summary of his Army service in the Middle East, shown below: 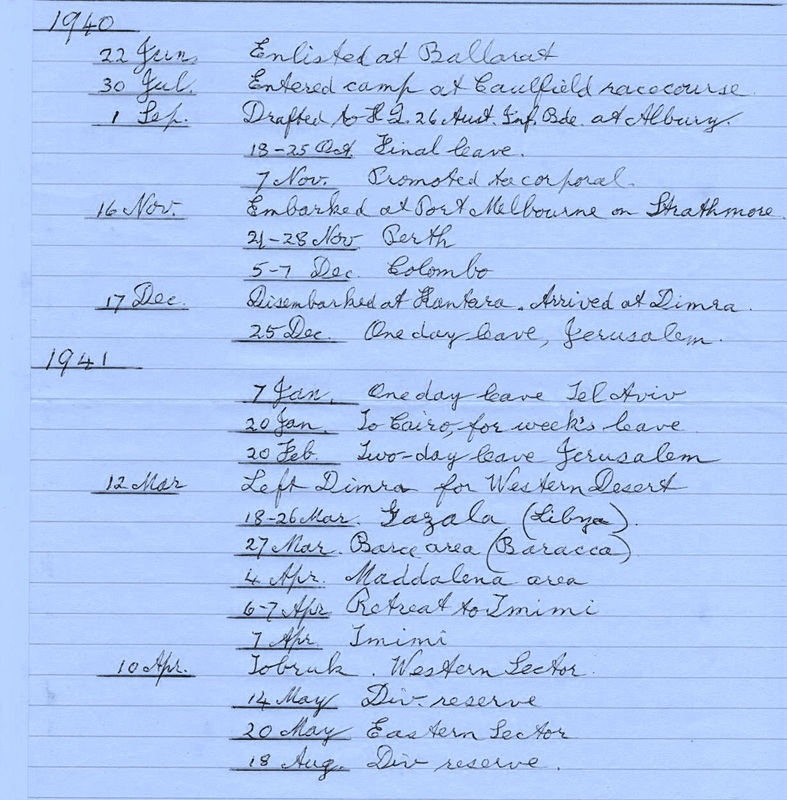 In the section below of Arthur's personal record of his Middle East service, the entry for 3 May 1942 indicates when Arthur learned he had been Mentioned in Despatches (MID) 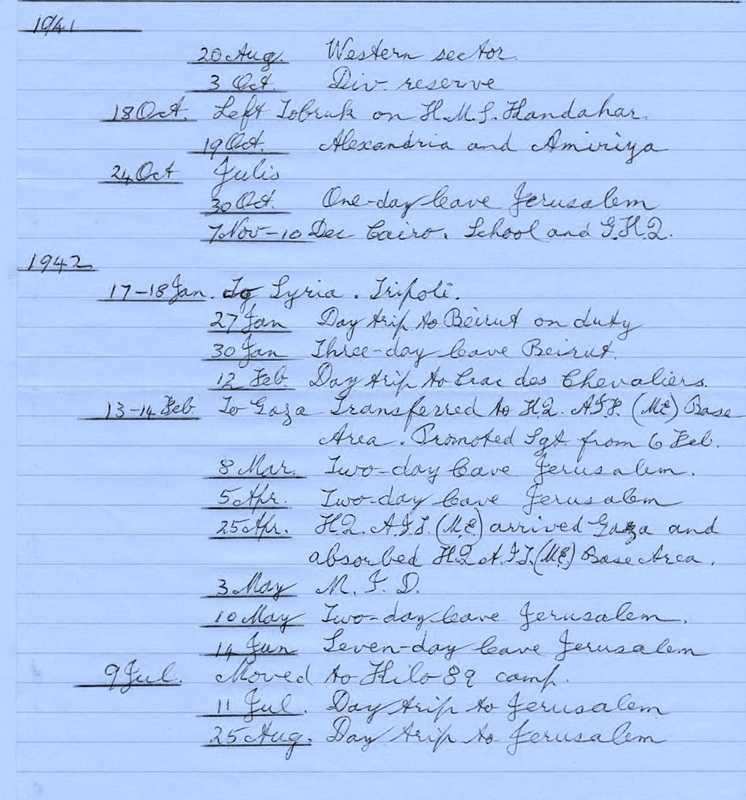 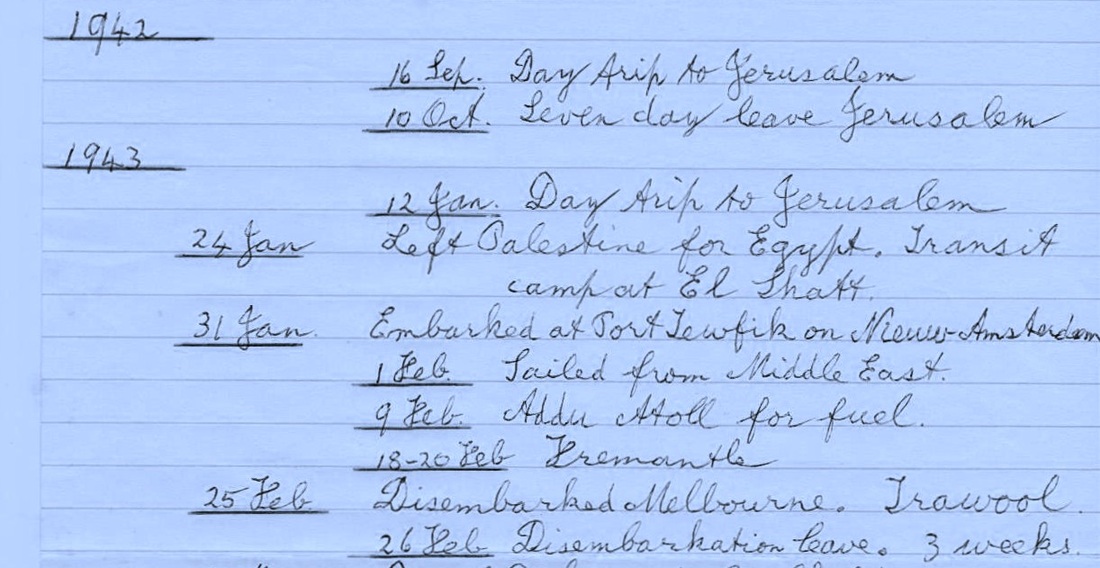 Note: Trawool was an Army camp near Seymour, Victoria.
Another of Arthur's Lists. This one showing where he went,  and the  dates: 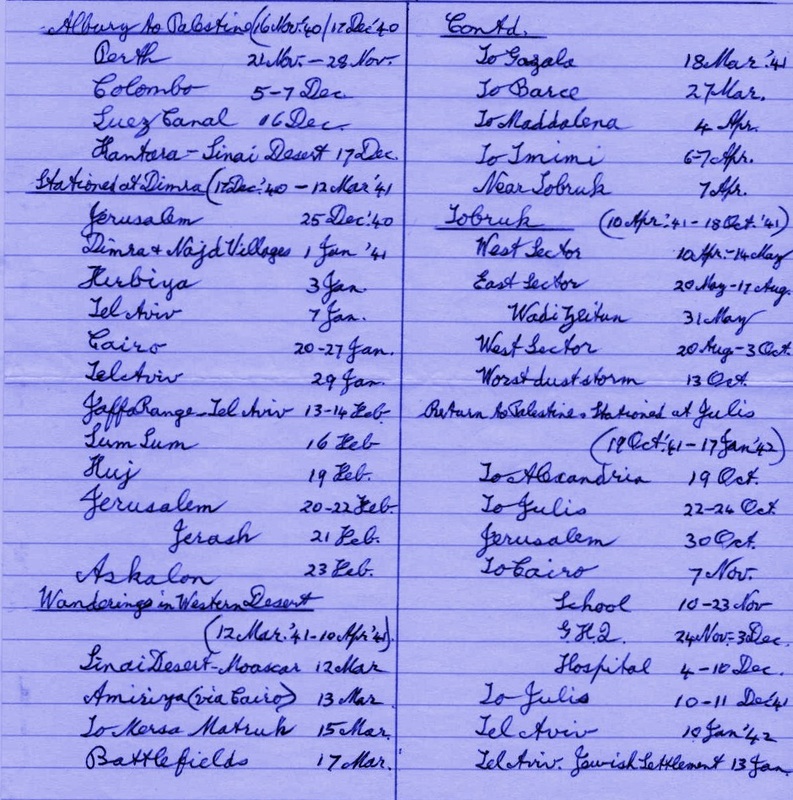 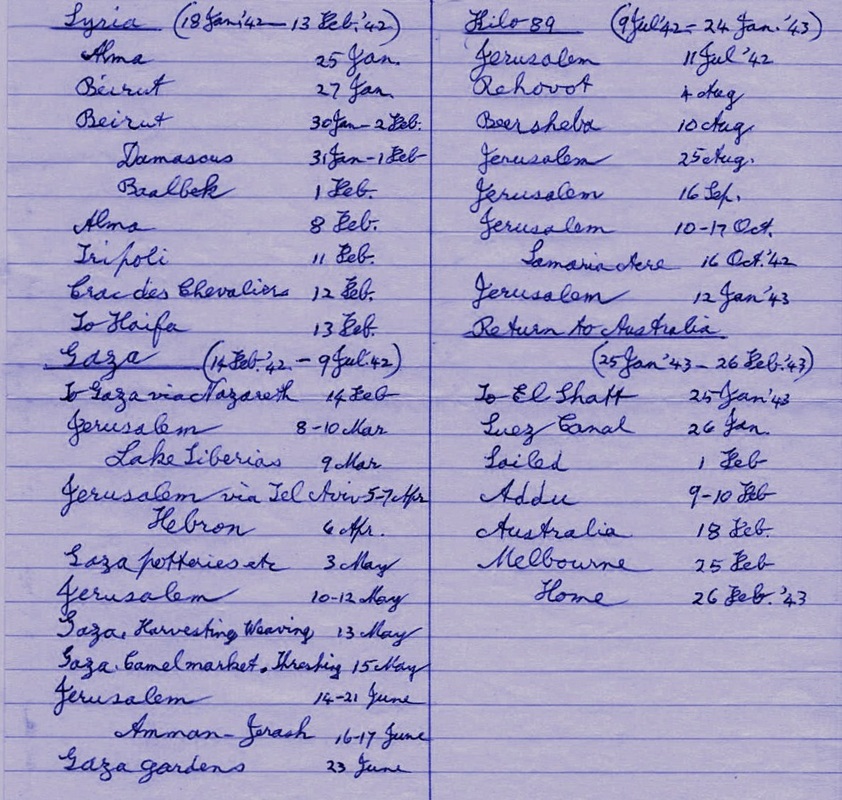 To advance to the Tobruk Page, click HERE
Back to top