A slide show of some of the historic sites visited by Arthur during leave.
Wherever he visited, if he couldn't take his own photos, he invariably purchased souvenir postcards. Some of these are included in this website.
Click top left of pictures to start and pause the slideshow. 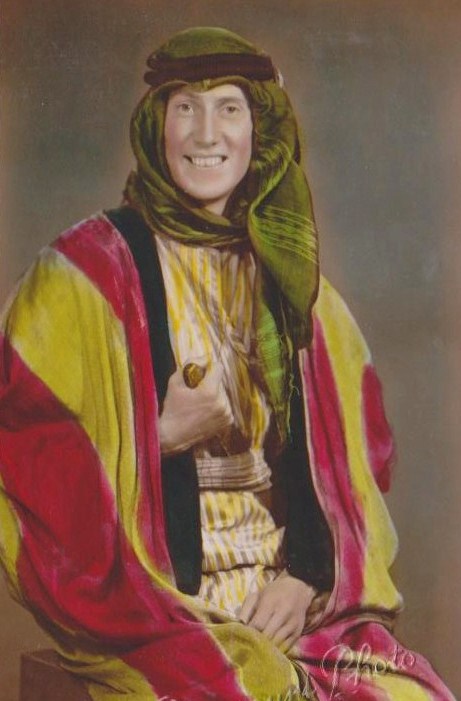 Arthur Shannon sat for this studio portrait  while on leave in Jerusalem.
There seems  little difference between his appearance and that of  a genuine Bedouin  (below), apart from a happy smile and the moustache! 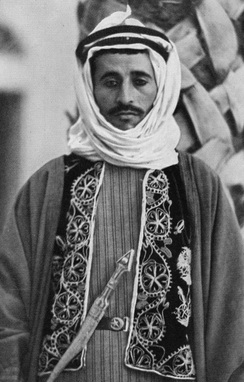 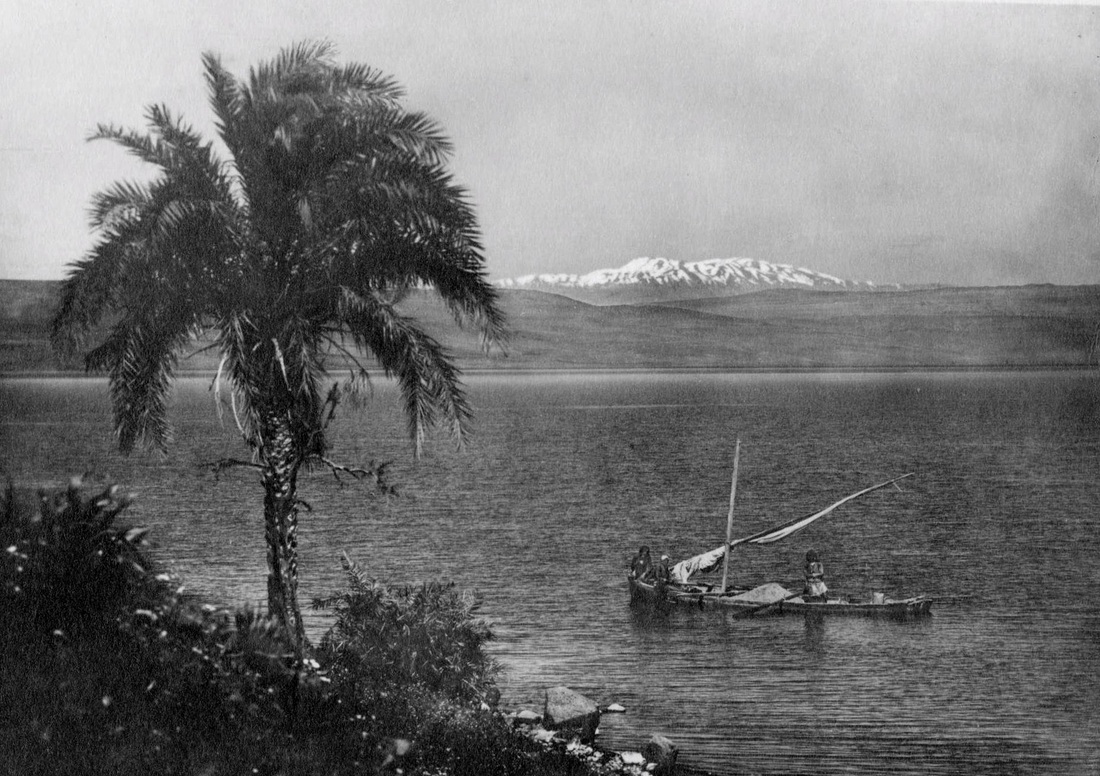 The Tiberias Lake occupies the south side of Galilee. It is a small inland sea, with brackish water, 212 meters below sea level.  The Jordan River originates from Mount Hermon and after the lake, it crosses Palestine and flows into the Dead Sea.  Thriving cities such as Capernaum, Bethsaida and Magdala were dotted along the Coast of Lake Tiberius during the time of Jesus. There are many identified places in the area of the miracles of Christ and of Gospel events.
Mount Hermon ( in background of picture) is mentioned in the Old Testament’s Book of Enoch.
Arthur Shannon enjoyed being able to see many places referred to in the Bible during his war service in the Middle East.
Click on the pictures below to enlarge them and see captions. 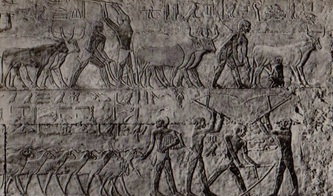 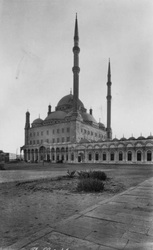 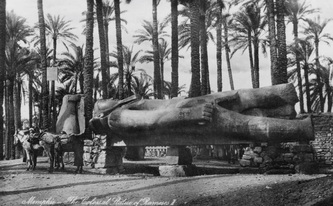 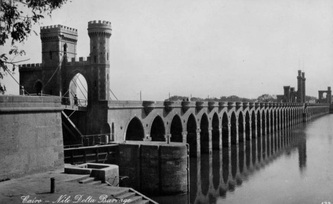 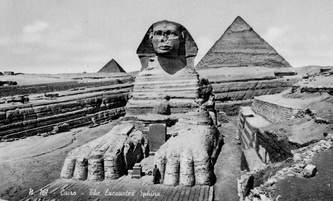 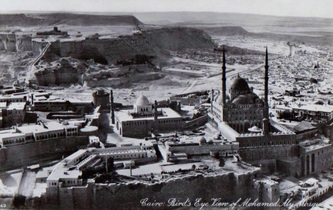 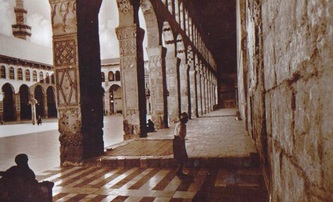 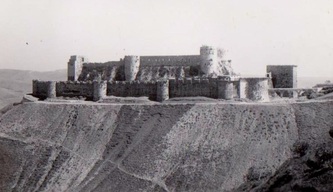 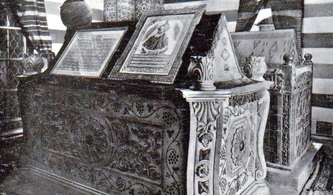 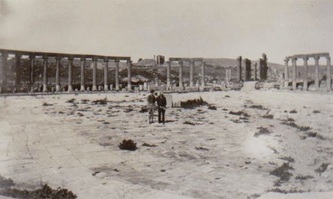 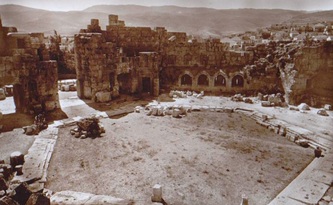 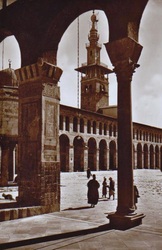 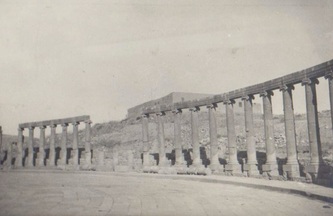 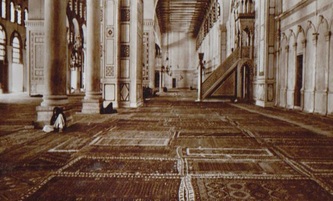 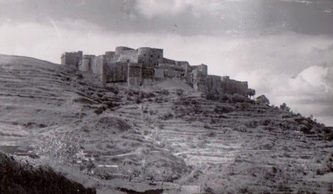 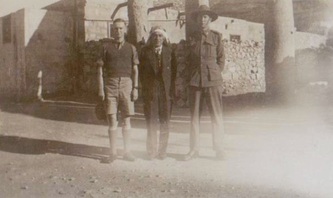 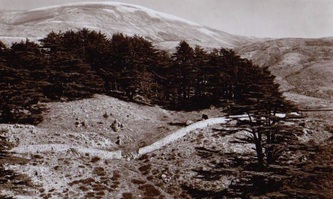 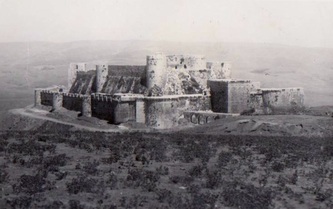 Arthur and some companions visited two villages near  the Dimra Army Camp, on New Year's Day, 1941.
Below are extracts from his personal diary.

No work today, because of New Year.

Had a most interesting walk this afternoon. Royce Paine, Eric Rundle and Interpreter Michael Jmean, with two 2/23 chaps and I went for a walk (out of bounds actually), to a couple of Arab villages. It was a very interesting experience seeing the real thing first hand.

We went first to Dimra just over the ridge from our camp. Walls of homes and walls enclosing small fields or yards, and archways over entrances are made of mud and straw and reinforced with stones.

Pathways in the village are narrow and winding.

The women folk don’t like being gazed at, but the men and boys are very friendly.

Michael was a big help keeping us in the best of relationships with the Arabs all through.

We saw an ancient well, constructed originally by the Romans. Remains of four Roman columns are there. A woman carrying a water bottle on her head came to fill up at the well. There was a little flock of goats nearby.

We saw the head man of the village and spoke to him through Michael. He gave us permission to wander around, and was friendly. Some of the houses have lookouts on the roofs for summer nights.

We went into Dimra’s only shop – which sells practically nothing.

There is a beautiful big orange grove, lemons and a few bananas.

Just outside the village we met a youth ploughing, using a camel and wooden plough. He sold me some Roman coins which he had found about the place.

All the way to the next village – Najid – we walked through unfenced fields with young wheat crops. We might have been in the country 1900 years ago.

At Najid we had an interesting time. The boys were very friendly. One or two told us about their little village school. They attend for 80mils (2/-) per month and 5 mils per week extra. They were thrilled when I wrote the alphabet in one of their work books.

There is a Roman well there too, and the men (or boys, rather) were drawing water. A camel was used and pulled up a large skin bag run over a pulley. The water was tipped into a runway and passed into a tank affair for watering animals.

Some children know a little English and love to ask our names. We wanted to meet the teacher (an Egyptian) but he was too busy. All the time we were besieged by about 30 boys who wanted our pens, pencils etc. They are all dressed in Arab clothes.

Two of the above photos identify a Mr Rashid. He was the head of a family which welcomed Arthur and other Australian soldiers into his  home  in Jerusalem.
A son, Lieutenant David Rashid ,was serving in  the British 16 (Arab) Brigade, part of the Palestine Regiment , Middle East Forces.


For a time, he and Arthur worked in the same office. David introduced Arthur to his younger brother, Isaac, and took him home to meet the family.


Mr Rashid and the two sons accompanied Arthur and other Australians around Palestine, showing them the sights and historic places, acting as interpreters, and generally ensuring things went smoothly for the visitors.


Mr Rashid was working at the time as a journalist in Jerusalem. He had been a Lieutenant in the British forces in World War One, and had fought side by side with the famed Lawrence of Arabia.


Obviously a man of some importance, the day Mr Rashid accompanied Arthur and  another Australian, Eric Rundle, on a car trip to Jordan, they stopped along the way for a meeting by Mr Rashid with Prince Abdullah, who was a friend of the Prince.


Arthur wrote in his diary that an evening spent with the Rashid family was an extremely interesting experience.


"Mr Rashid and wife and family were extremely kind to us. In fact, throughout the day, David and Isaac have been wonderful.
The whole family is intensely pro-British and keen on Australian soldiers.
The home is neat and more or less like Australian homes, but there are many Arab ornaments etc. about.
Family photos adorn the walls.
The females and children didn't come in with us very much, and had their meals apart.
Mr Rashid and David and we four had tea of cakes in the dining room.
After tea, Mr Rashid, David, Isaac and a friend came with the four of us back to the business part of New Jerusalem."


It was that evening when Arthur and another of the Australian soldiers had their studio portraits taken in Arab dress. ( See photo above on this page.)
For more information about the friendship with the Rashid brothers, click HERE. 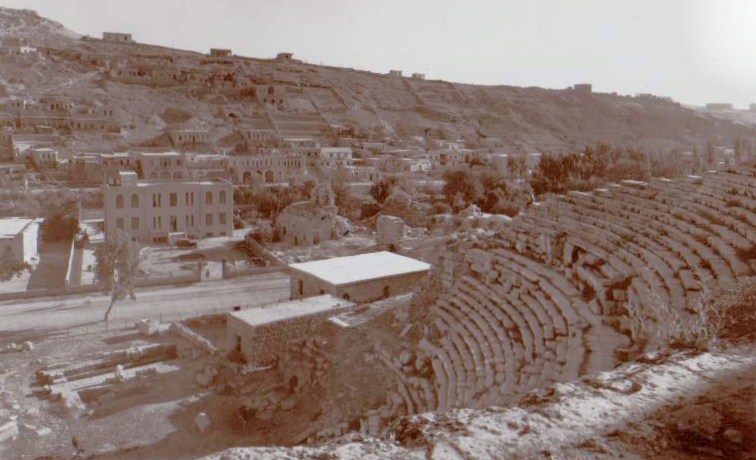 View of Amman, Trans-Jordan, with ruins of Roman amphitheatre in foreground.

Panoramic View Port City of Haifa, Palestine- 1941. Note Shipping activity including warships. CLICK TO ENLARGE
To move forward to the Australia & the Islands Page, click HERE
Back to top