Arthur Shannon had a role model for a life of service in his Aunt, Emily Chappell, who served as an Army Nurse in World War One. 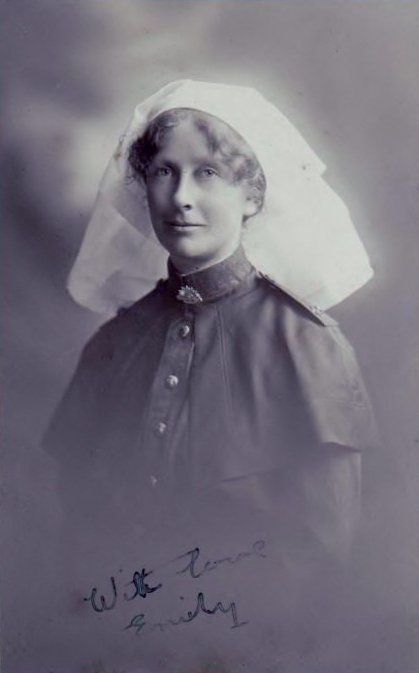 Emily Grace Chappell  was born in Yarrawonga in 1889 and was one of 11 children of Arthur Chappell & Deborah Beaumont.
Soon after gaining  her nursing qualifications at the Beechworth Hospital in North East Victoria, she enlisted with the Australian Army Nursing Service on 26 December 1916.
She was 27 when she embarked for the war a few days later, departing  from Melbourne,Victoria, on the SS "Mooltan". 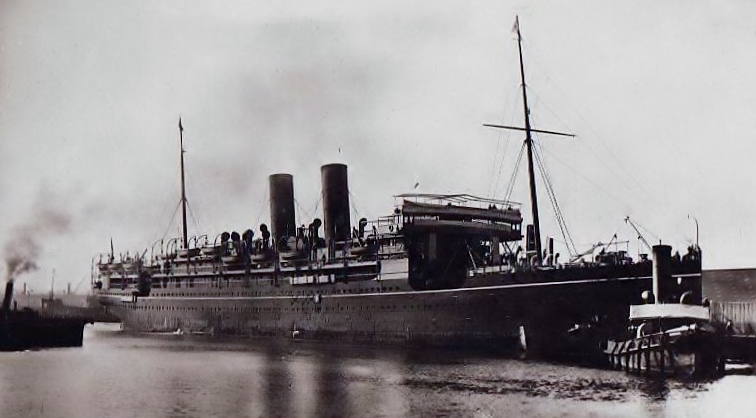 The SS Mooltan which took Army Nurse Emily Chappell and her colleages from Melbourne to Bombay, India. 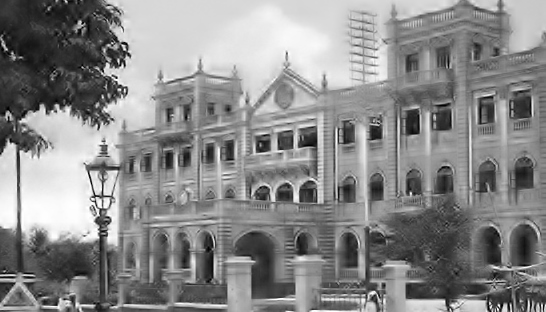 Cumballa War Hospital, Bombay, India.
Her  first posting was to the Cumballa War Hospital in Bombay.
Then, in February 1917, Sister Chappell was transferred to the 475-bed hospital ship "Ellora". The ship operated  between Basra at the head of the Persian Gulf and Bombay. The challenge of caring for the sick and wounded patients was exacerbated by the tropical heat and lack of ventilation on the ship.

The Hospital Ship "Ellora"
After serving most of 1917  on the "Ellora", Sister Chappell was appointed to the Victoria War Hospital in Bombay, which had 600 beds.
Sister Chappell  was transferred in November 1918 to the 3rd Australian Auxiliary Hospital (AAH) at Dartford, near London,England.
This was a 1400-bed hospital which specialised in treating patients with nervous conditions and war-related neuroses. 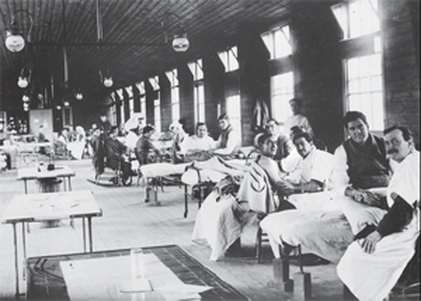 Patients and staff in the Massage Operating Room at No 3 Australian Army Auxiliary Hospital. Dartford, England, 1918. Australian War Memorial Negative Number H03903.
Emily Chappell returned to Australia on 22 March 1919.
Affectionately known as "Aunt Em" , she later lived with her sister Carrie Shannon , Nephew Arthur, and Niece, Elsie at 3 Heatherbrae Avenue, GlenHuntley, Victoria.
Emily Chappell had a cheery personality and happy disposition despite having a most debilitating medical condition suffered as a result of  her war service.


She  died at the age of 71 in 1960.
Back to top
To return to the  Family & Schooling page, click HERE
To advance to the next main page , Teaching Pre-War, click HERE